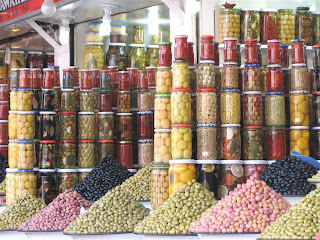 The souks is the market neighbourhood of Marrakech, where I spent most of my time. It's broken up into districts, leather, iron, food, clothing etc.
The sounds, smells and sights were amazing, again the photo's don't give the experience any justice at all.
Here is where I bartered, quite well considering my pants French, especially when I wanted to buy Lil some Moroccan slippers and said in my bestest french that they were for my wife age ten, at which he looked at my friend Al (presuming she was said wife!) and continued to barter with me while Al killed herself laughing and he just thought all these English folk are balmy but " I will give you good good price" 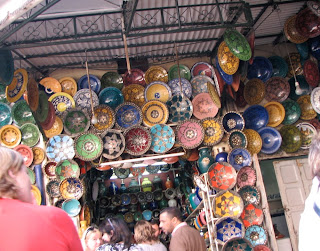 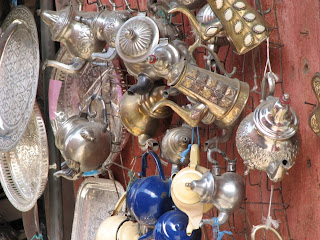 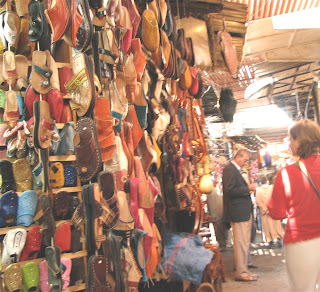 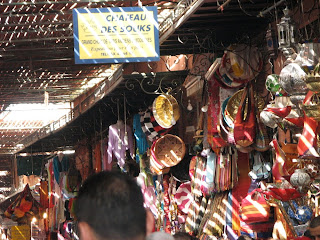 The shafts of light pouring through the rafters on the roof cast stripes of light onto the stalls. 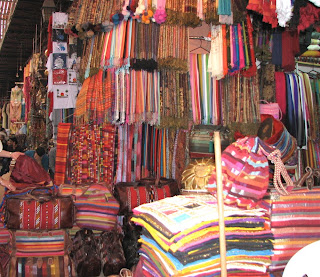 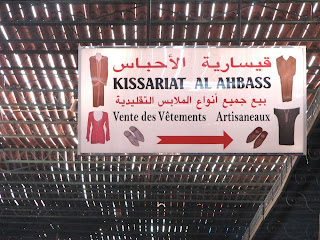 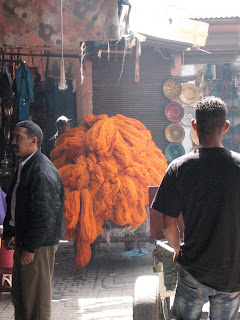 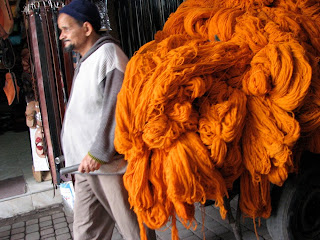 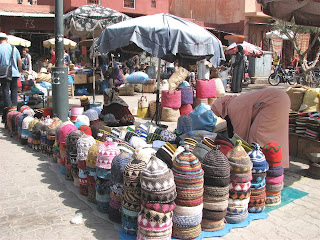 Why you would need a woolly hat in the heat is beyond me, but I thought they looked so colourful all stacked up on each other. 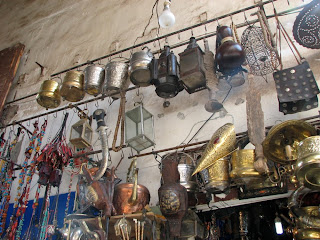 Marrakech's equivalent of Steptoe & Son's! I wanted to rub one of the lamps to see if a Genie would appear....but I didn't...obviously that would have been silly. (only when no one was looking!) 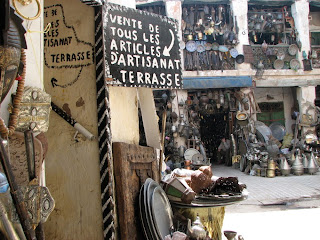 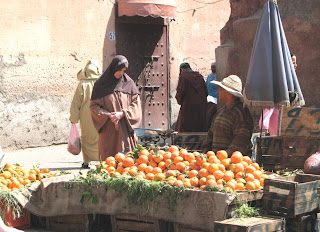 AAAW was I really there!?
It seems mad now that I'm back and the weathers taken a turn for the worst, snowing badly in Scotland and northern England and it's already tried to snow here this morning!
Thank goodness for photo's!
Only a few left to show you then I'll bore you no more!!
More creative spaces at the lovely Kootoyoo.
Labels: friends Holidays inspiration Marrakech my creative space... 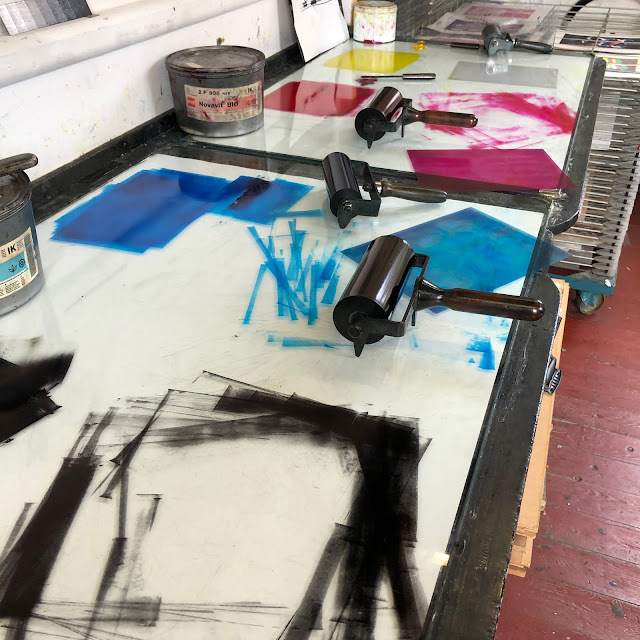